I spent some time this weekend in lower Manhattan. My hotel was directly across the street from St. Paul's Chapel so I had to stop over to see this 250-year old Episcopal church that survived 9/11 and holds so much history. 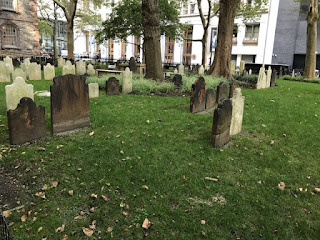 The cemetery is populated by Revolutionary War veterans and New World residents who lived in New York before we were a free nation. 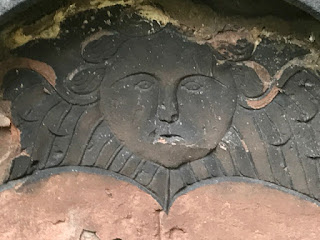 It is remarkable to see this tiny chapel among NY skyscrapers and to imagine an earlier New York. St. Paul's was built by Trinity Church to serve the neighborhood.

Just a few blocks away is Trinity Church, where Angelica Schuyler her sister, Eliza and Alexander Hamilton are buried. The original Trinity Church burned down. While awaiting the new building, George Washington and the gang attended St. Paul's. 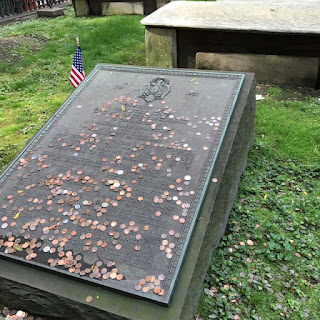 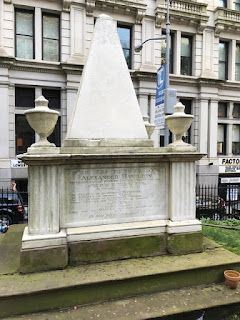 This is a great place to fill out your Hamilton knowledge. These two locations are filled with so much history. I could hear the whispers of the early parishioners while walking among the graves and standing inside these two special churches.